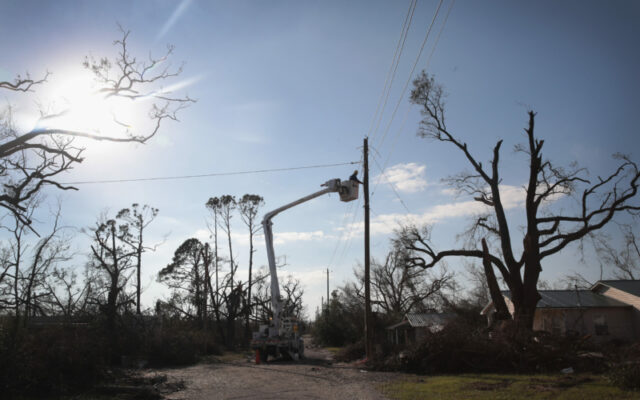 CEDAR RAPIDS — Recent events like Hurricane Ian hitting the southeastern U.S. and the derechos in the Midwest have prompted some to ask if it’s better to bury power and communication lines underground versus hanging them above ground on utility poles.

Rod Pritchard, a spokesman for ITC Midwest, says it really comes down to dollars.

“The cost of that is a main determining factor,” Pritchard says. “Compared with overhead line construction, the cost of undergrounding transmission is five to ten times more, and so we view it as being cost prohibitive.”

“Although the underground line is much better protected in terms of storm events, when you do have an outage with underground line, it can take a lot of work to find that as well as to fix that problem,” he says, “whereas overhead lines are much easier to repair if there is an outage.”

ITC owns and operates high-voltage transmission infrastructure in Iowa and six other states, with its ITC Midwest subsidiary based out of Cedar Rapids. Across its system, ITC has 16,000 circuit miles of transmission line.