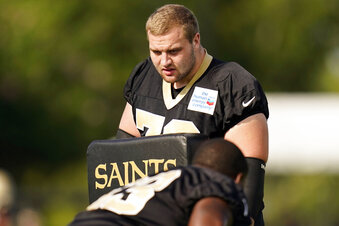 MINNEAPOLIS (AP) — Riley Greene had two hits and two RBIs as the Detroit Tigers spoiled Minnesota’s big trade deadline day, beating the Twins 5-3. Jason Foley (1-0) earned his first career win with a scoreless inning in relief of starter Matt Manning, who was activated off the 60-day injured list before the game after missing three months with right shoulder inflammation. Gregory Soto earned his 20th save. Griffin Jax (5-3) allowed three runs in 1/3 inning of relief. Mark Contreras hit his first career homer for the Twins, who have lost five of seven.

MINNEAPOLIS (AP) — The Minnesota Twins stocked up their sputtering pitching staff before Tuesday’s trade deadline. They acquired All-Star closer Jorge López from the Baltimore Orioles, starter Tyler Mahle from the Cincinnati Reds and reliever Michael Fulmer from the Detroit Tigers, giving up a total of eight prospects in three separate deals. The Twins took a one-game lead in the AL Central into their game on Tuesday. They have a 5.30 team ERA since the All-Star break.

METAIRIE, La. (AP) — Saints first-round draft choice Trevor Penning has been at the center of a few training camp skirmishes this week as he fights for playing time at left tackle.

The feistiness with which the 6-foot-7, 325-pound Clear Lake native finishes off blocks is earning him respect from fellow offensive linemen.

Guard Cesar Ruiz compares Penning to a pit bull. Center Erik McCoy says having a fellow blocker who is angry as soon as he steps on the field boosts the meanness of the whole group.

Penning, a Newman alum, was this year’s 19th overall draft choice out of Northern Iowa.

For now he’s working mostly with the second team behind veteran tackle James Hurst, but more than a month remains before the regular season.

AMES — Several new faces will be counted on as the Iowa State football team looks to continue a run of success this fall. At quarterback, redshirt sophomore Hunter Dekkers takes the reins of the offense from four-year starter Brock Purdy who closed his Cyclone career with more than 12 thousand yards of passing and 81 touchdowns.

Dekkers says he learned a lot from Purdy.

The Cyclones have played in five straight bowl games and Dekkers expects that streak to continue.

ISU coach Matt Campbell says there are similarities between Purdy and Dekkers in how they are viewed by their teammates.

Campbell says the limited action Dekkers has seen is a plus.

Campbell says fall camp will be about building an identity on offense.

The Cyclones open at home on September 3rd against Southeast Missouri.

IOWA CITY — A struggling Iowa volleyball program looks to make strides this fall with a new coach. The Hawkeyes have posted only one winning season since 2001 and even ran afoul of the NCAA. Jim Barnes is leading the program after a six year run at Tulane.

Barnes calls the Iowa program a gold mine.

Barnes says his focus on the recruiting trail has been the state of Iowa.

The Hawkeyes open against Gonzaga on August 26th at the Oklahoma Invitational.