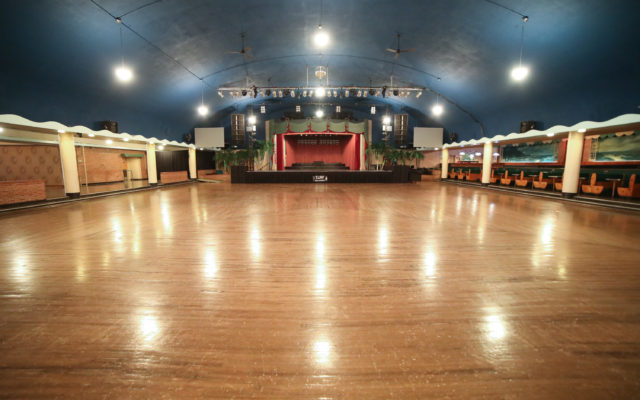 CLEAR LAKE — The executive director of the Surf Ballroom in Clear Lake says she is thrilled with the announcement late last week from the United States Department of the Interior that the facility has been designated as a National Historic Landmark.

The ballroom is best known for hosting the last concert of Buddy Holly, Ritchie Valens, and J.P. “The Big Bopper” Richardson in February 1959 before their fatal plane crash north of Clear Lake.

Laurie Lietz says she along with the nonprofit North Iowa Cultural Center and Museum which operated the ballroom were confident the Surf would receive the designation.  “We knew we had made it past the advisory committee here almost a month ago. I had tears of joy because I was so excited that we finally were going to receive the designation and then we just kind of had to wait for the Secretary of the Interior and another landmark committee to review it, kind of just go through the steps and follow the process, and that all takes a little bit of time. But yes very excited for the future of the Surf.”

Lietz says the designation allows the Surf to have a resource available as they move forward with any capital improvement or renovation projects.  “Their job really is to help places with preservation. In rural Iowa, we’re not always surrounded by the people who are experts in dance floor restoration, or finding that specific type of wall covering, things like that. They have people that might have resources that we can connect with, and also have some opportunities available to us as far as funding goes. There’s a number of grants that are there specifically to help with some of these capital improvement projects.”

Officials noted the Surf is the most well-preserved venue remaining from the 1959 Winter Dance Party Tour. Lietz says it shows the dedication of preserving the ballroom, which was purchased and restored by the Dean Snyder family in the mid-1990s.   “There’s a number of them that aren’t even there anymore and fortunately for us, we’ve got such great regional and local support. Of course the Snyder family putting their heart and soul in restoring the venue back in the 1990s too was a great coup for us. We’re really fortunate to be where we are at and have the support that we have.”

Lietz says the designation is positive news during a time when  the ballroom hasn’t been able to host many events due to the pandemic, including this year’s Winter Dance Party.   “It’s nice to have a bright spot when we’ve been dark for so long, but we’re seeing the light at the end of the tunnel I hope, and we’re looking forward to a great spring and summer season. We’re thrilled to have something to talk about other than bad news.”

It’s Iowa’s 27th National Historic Landmark. In 2009, the Surf Ballroom was designated as a historic landmark by the Rock and Roll Hall of Fame in Cleveland, Ohio.