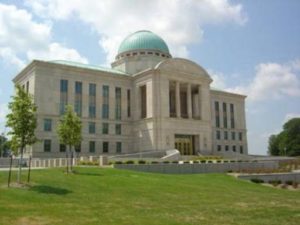 DES MOINES — An attorney representing the State of Iowa says the legal landscape surrounding access to abortion has changed and he’s asking the Iowa Supreme Court to allow a ban on most abortions in Iowa to take effect.

Four years ago, Governor Reynolds approved a bill to ban abortions after the sixth week of a pregnancy, a so-called “fetal heartbeat” law. Abortion rights advocates immediately sued and a district court judge issued an order that has prevented the law from taking effect.

Alan Ostergren, the attorney who’s representing the state on this case, argues the Iowa Supreme Court has the authority and duty to lift the district court’s injunction after recent rulings from the Iowa and U.S. Supreme Courts. Ostergren wrote in a legal brief that those rulings prove neither the state or federal constitutions “ever protected a fundamental right to an abortion.”

The American Civil Liberties Union of Iowa has argued the six week abortion ban was unconstitutional at the time it was passed and Republican lawmakers who support abortion restrictions should vote on a new law under the new legal precedents established by the courts.

New abortion restrictions have taken effect in at least 15 other states since the U.S. Supreme Court overturned Roe v Wade in June. Iowa’s six-week abortion ban would include exceptions for rape, incest, fetal abnormalities and to save the life of the mother.