Some still waiting for derecho repairs to homes 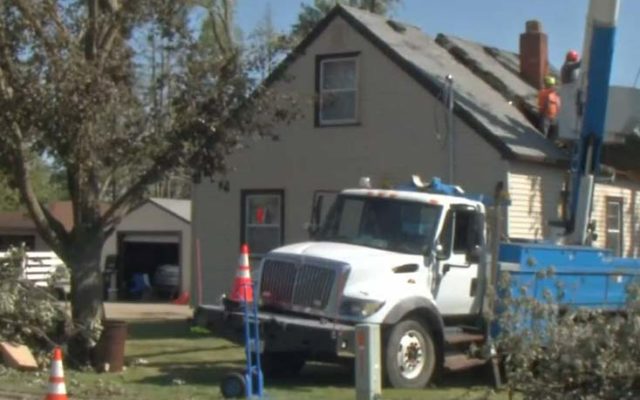 CEDAR RAPIDS — It’s been almost five months since the derecho blasted across Iowa, causing more than one-and-a-half billion dollars damage, and some houses are still draped in tarps due to mangled roofs.

Cedar Rapids caught the worst of the storm, where resident Olivia Mikarovski says she’s struggled to find contractors to finish much-needed repairs. “I’ve had several people tell me that they will do my roof for me and we can work it out some way or another,” she says, “but nobody’s come to do it.”

Mikarovski says several contractors backed out after saying they would do the repairs. She’s getting help from a local non-profit and may be able to get the work done once the snow melts. In the meantime, she’s hoping the tarp holds.

“So I’m kind of stuck in between a rock and a hard place right now,” she says, “but as usual, I’ll get through it.” Wind gusts up to 140-miles an hour hit Cedar Rapids during the August 10th storm causing widespread damage to many hundreds of houses and thousands of trees.

Service providers say the aftermath of the derecho, compounded by COVID-19, has led to an affordable housing shortage which has pushed many Iowans closer to homelessness.