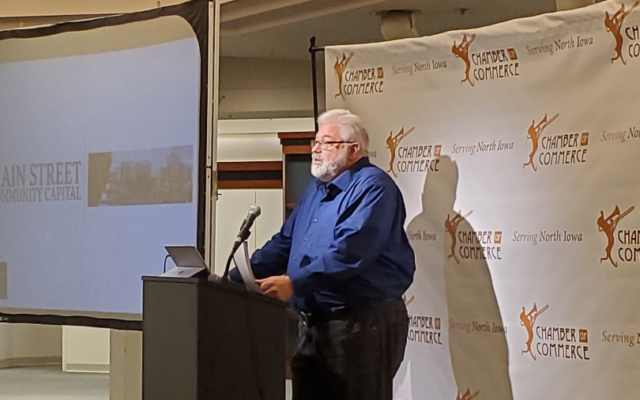 MASON CITY — The new owners of Southbridge Mall say they now want to build housing on top of the current structure. Main Street Community Capital purchased the mall and announced they would repurpose it into a recreational and entertainment complex with restaurants, bars, the reopening of the movie theaters, and other family-friendly entertainment.

Main Street Community Capital’s Robert Johnson says they are now exploring the possibility of adding market-rate housing on top of the current mall structure.   “It’s not been done much. It’s been done typically in malls that are already  multi-level and have an opportunity to reprogram space that includes residential. So our intention is to add residential on top of this mall in a way that builds a very nice environment through the main channel with housing above, with walkways overlooking the mall center, and quite a few units we can fit up there.”

Johnson says they are also closing soon on the Bergo properties along the Federal Avenue Plaza with the idea of creating more housing as well as façade improvements.  “We’re going to tackle housing with Bergo in a unique way by adding some housing on top, recessed so it does not compete with the facades, but it gives us an opportunity to increase housing options downtown. That will be what you see come to fruition with Bergo in addition to the historic preservation.”

Main Street Community Capital is also working to construct a Hyatt Place hotel next to the mall and connected via skywalk to Music Man Square. David Rachie says they plan to break ground on the hotel soon with the hope of opening in the fall of 2024. Work on the mall would begin later this year with a January 2025 completion of the renovation. “The hotel is first because it’s been the longest in planning, and we’ll be doing a groundbreaking ceremony soon and clearing the parking lot. We have to get some steel that has been bought and we have to find a place, we’re paying a lot of money to store it someplace else. We’ll get that on site, clear the parking lot, and we’ll be going vertical sometime early summer, so you’ll see a lot happen here in the next six months.”

Rachie says one of the biggest things that has delayed the construction of the hotel is the impact of COVID on the hospitality industry. “It was one of those things that financing for hospitality, everything was paused. To put this in perspective, usually there’s about 4400 hotel starts a year. This hotel will be the 10th Hyatt Place since COVID. Usually you are doing 100 or so of those a year, this will be the 10th in three years. It’s been one of those things that  has just stopped everybody in their tracks including us.”

Johnson and Rachie made their comments during the “State of North Iowa” event held in downtown Mason City earlier today. You can watch that event below.