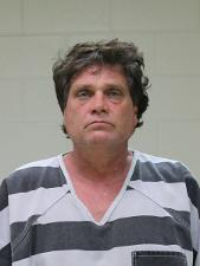 MASON CITY — A Mason City man who pleaded guilty to trying to force his way into an apartment last fall has been sentenced to prison.

58-year-old Norance Reyerson was accused of trying to force his way into an apartment in the 400 block of East State Street on November 7th. The victim was able to physically push the defendant outside the door as he was attempting to push his way into her apartment.

The complaint says once the defendant was pushed free of the door, he fell to the floor and told the victim he had something for her, with Reyerson allegedly reaching down on his body for an object. The victim closed the door and heard a loud bang. Officers discovered a shot from a weapon had been fired and the bullet lodged into the structure of the apartment.

Reyerson was originally charged with first-degree burglary, a Class B felony punishable by up to 25 years in prison. After originally pleading not guilty, he pleaded guilty to intimidation with a dangerous weapon and possession of a firearm as a felon.

Reyerson on Monday was sentenced by Judge Karen Salic to a total of five years in prison.