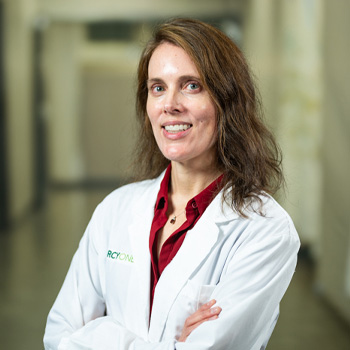 Dr. Haley Newbrough is a pediatric and neonatal specialist at MercyOne North Iowa Medical Center in Mason City and says the RSV numbers are high this year here in north-central Iowa.   “RSV is a virus that causes bronchiolitis or inflammation of the small airways in infants and small children, and in older children it will look like the common cold. Adults can also get it, and especially the elderly can be vulnerable to getting quite sick. Some children may be carrying it, older school-aged children, and not knowing and can transmit it to infants and young children, and they can get quite ill because of the inflammation in the airways.”

Newbrough says if a child gets RSV, parents need to make sure they properly treat it.  “If it’s an older child who looks like they have a cold, as long as they are eating and drinking ok, and don’t have a high fever, they are able to stay home, and encouraged by their parents to do good hand washing and isolating them from vulnerable populations such as small infants or immunocompromised people. If they do spike high fever or are not able to eat or seem to be working hard to breathe, then they do need to go into the clinic, or if it’s after hours the emergency room so they can be evaluated.”

Newbrough says RSV is easily transmitted among children.  “A lot of times it’s transmitted in daycares, and it’s a pretty sturdy, hardy virus, so it does get transmitted easily, and really the best precaution is staying home if you are sick and have a bad cough until you are feeling better and washing your hands and keeping those vulnerable populations safe, especially young babies, because they can get quite sick, and one or two deaths can happen every year regardless of what you do.”

Newbrough says caution should be used around newborns.  “Premature babies are especially vulnerable, and the babies that are less than two months old can get critically ill just because of their size and their immune system is not fully developed. People really need to be very cautious when they are sending people home from the newborn nursery. We really need to be very cautious, and the rest of us can do a good job with that by not touching, kissing young babies, even if we are feeling well, we shouldn’t be doing that this time of year.”

Newbrough says RSV took a big dip in numbers during the last two years due to the pandemic, but now we’re seeing those numbers bounce back.