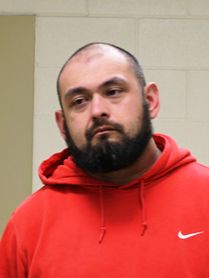 MASON CITY — A Mason City man charged with trying to break into an apartment and injuring a person has been sentenced to jail time.

Mason City police say 34-year-old Michael Creviston attempted to enter an apartment in the 1300 block of 1st Northwest on the night of January 21st. Once inside, he allegedly pushed a victim on the couch, hitting the victim before picking up a lamp and smashing it on the ground. Creviston then allegedly used a handheld stun gun in a threatening manner. The victim suffered injuries from the incident.

Creviston originally was charged with first-degree burglary causing bodily injury, a Class B felony that could have carried up to a 25 year prison term. Online court records show that as part of a plea agreement, prosecutors amended the trial information with Creviston pleading guilty to attempted third-degree burglary and assault.

District Judge Rustin Davenport sentenced Creviston on Thursday to 30 days in jail on the assault charge and a suspended two-year prison sentence along with two years probation on the attempted burglary charge. A no-contact order between Creviston and the victim was also extended.