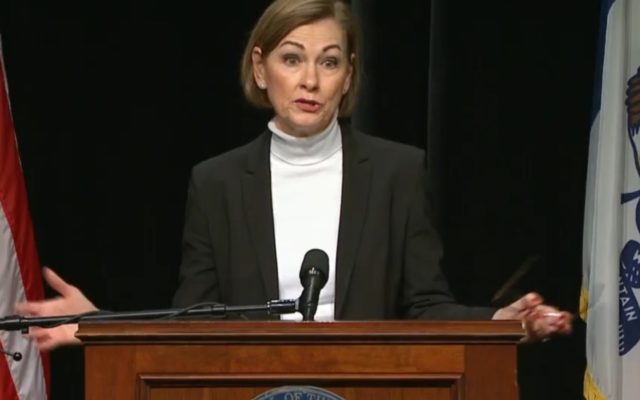 DES MOINES — Governor Kim Reynolds has signed a bill into law that gets rid of the requirement that Iowans get state permits to purchase and carry pistols and revolvers.

Applications for the state permits for buying and carrying a concealed handgun will be still be available, as Iowans who wish to carry a handgun in other states that require and recognize Iowa permits may continue to get one.

Critics say the bill creates a loophole on private gun sales, since the state permit process for buying handguns that is now optional requires a background check. Supporters of the law say it gets rid of the state “permission slip” for a constitutional right under the Second amendment.

Reynold issued a written statement Friday, emphasizing a section of the bill that makes it a felony to knowingly sell a handgun to someone who cannot legally own a gun.

“Today I signed legislation that protects the 2nd Amendment rights of Iowa’s law-abiding citizens while still preventing the sale of firearms to criminals and other dangerous individuals. This law also takes greater steps to inform law enforcement about an individual’s mental illness helping ensure firearms don’t end up in the wrong hands,” Reynolds said. “We will never be able to outlaw or prevent every single bad actor from getting a gun, but what we can do is ensure law-abiding citizens have full access to their constitutional rights while keeping Iowans safe.”

Last week, Reynolds discussed her vote as a state senator to create the permit system. The bill passed the Senate nearly two weeks ago and cleared the House in mid-March.

The governor signed a separate bill today that provides liability protection to businesses that manufacture and sell guns and ammunition.

All but a few Democrats in the legislature condemned the bills. Representative Mary Wolfe, a Democrat from Clinton, said part of the state permit process requires training in how to properly handle, store and fire weapons, and Iowans who skip the permits may choose to skip the training, too.