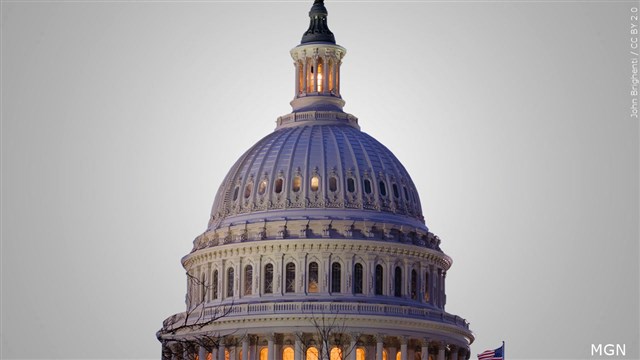 WASHINGTON — Iowa Congresswoman Cindy Axne says the climate, tax and health bill she voted for in the House will be “transformative.” The three Iowa Republicans in the House voted no.

Anxe, a Democrat from West Des Moines, released a written statement, highlighting elements of the bill that lower the costs of prescription drugs for seniors and invest in clean energy. Zach Nunn, the Republican who’s challenging Axne, said the bill is the wrong move in the middle of a recession.

“The so-called Inflation Reduction Act added almost another trillion dollars in government spending at a time where they’re telling Iowans: ‘You should spend less. You should tighten your belt,’” Nunn said, “‘We’re going to go ahead and print off more money and spend more of your tax dollars on projects.”

Nunn made his comments at the Iowa State Fair on the Des Moines Register’s Political Soapbox. Axne did not speak during House debate of the plan, but Iowa’s three Republican members of the House did. Republican Congresswoman Ashley Hinson of Marion called the bill a tax and spending spree. “It’s the worst policy at the worst possible time,” Hinson said.

Liz Mathis is the Democrat from Hiawatha who is running against Hinson. Mathis said the bill reduces the federal deficit and increases U.S. energy independence by supporting Iowa’s biofuel industry.

Christina Bohannan of Iowa City is the Democrat running against Miller-Meeks in the General Election and she’ll speak at the State Fair on Wednesday.

Republican Congressman Randy Feenstra of Hull said the bill that passed the House late Friday is “full of liberal priorities.”

Ryan Melton of Nevada is the Democrat who is running against Feenstra. He will speak at the State Fair Monday afternoon.