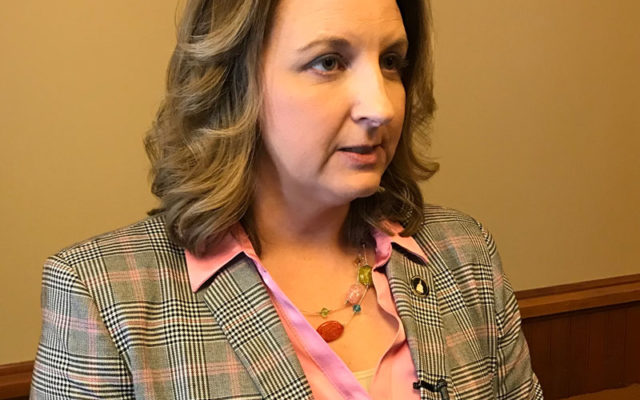 DES MOINES — A Democrat in the Iowa House says after six months of trying, she’s been denied records showing how many sexual harassment complaints have been filed by state government employees.

State Representative Amy Nielsen of North Liberty has asked the Iowa Public Information Board to intervene because the public deserves answers. “They need to know that we’re actually doing something and getting results,” she says, “and if we don’t know where we started from, we can’t know if we’re decreasing the occurrences.”

Nielsen says Governor Kim Reynolds’ Administration has refused to hand over the records, saying it would violate employees’ confidentiality. Nielsen says she’s not asking for names, just the number of sexual harassment complaints are increasing or decreasing.

“Numbers would in no way, shape or form actually be able to be used to identify someone individually,” Nielsen says.

Nielsen says she was shocked by the culture in state government when she first took office in 2017. She says legislators need to know if new procedures put in place are working to address what Nielsen calls a “sexual harassment crisis in state government.”

“At this point, I think we just need to come clean and say: ‘Yep, we have a problem here. This is how bad it is. Here’s what we’re doing to fix that and in a year or two years, we will be able to release the numbers again and they will be lower,’” Nielsen says. “And I don’t think they feel confident that they can do that.”

The State of Iowa has paid nearly $6 million in the past two years to settle lawsuits filed by three women working in state government who said they were sexually harassed. Nielsen says she suspects there have been other settlements, but the money has come from personnel budgets around state government and not disclosed to the public.

A spokesman for the governor says Nielsen “is asking for sensitive information” that could compromise the confidentiality of employees.