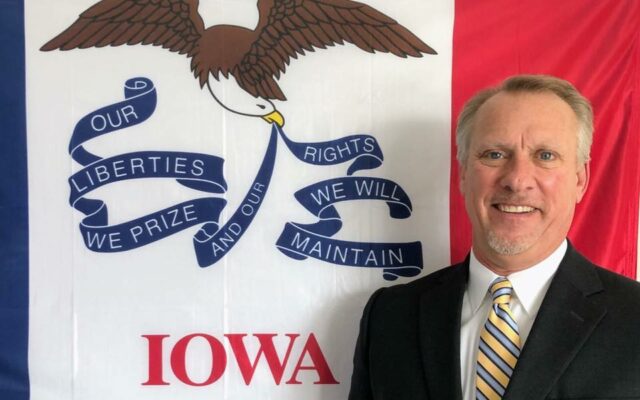 DES MOINES — The Republican running for state auditor says he blew the whistle on profiteering in a state agency, but State Auditor Rob Sand’s office hasn’t launched an investigation. Todd Halbur, the former chief financial officer of the Iowa Alcoholic Beverages Division, sued the State of Iowa after he was fired in 2018.

“Unfortunately I became a whistleblower for them overcharging you on all of your liquor purchases,” Halbur said in a speech on the state fairgrounds this weekend, “so at that point, we need to take action because it’s an illegal and unbusinesslike activity that the auditor’s office has a role on.”

“We need to get the Iowa Alcoholic Beverages Division out of the booze business for the State of Iowa and the taxpayers,” Halbur said.

Halbur made his comments on the Des Moines Register’s Political Soapbox at the Iowa State Fair.