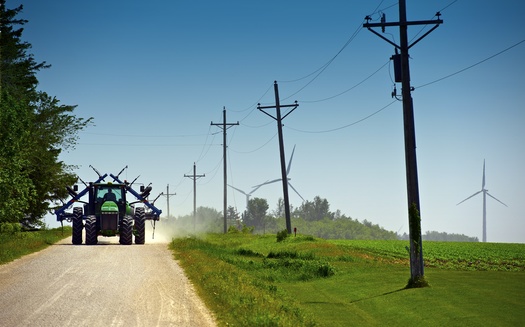 AMES — The annual Iowa State University survey has found the average price of an acre of farmland set a record again at $11,411.

ISU’s Wendong Zhang John) oversees the survey. “This represents a 17 percent growth over the past year, and this is really phenomenal because that when you’re thinking about over the past few years — last year 2021 Iowa will farmland values rose 29 percent — and so this is a ramp up that is that we haven’t seen since the 1980s, essentially,” Zhang says.

Zhang says the inflation adjusted farmland value was a nearly 9% increase — which is also a record. He says it is the first time since they since they started collecting information in the 1940s that both the regular and inflation adjust values have set records.

Zhang says landowners are happy to see an increase in their land value — but do wonder how long it will last. “There are more growing concerns about the sustainability of the land market growth, and also the elevated entry barriers for beginning farmers and less resource to farmers to enter the market because of the higher prices,” he says.

Zhang says commodity prices are the number one reason those in the survey say prices have increased — as everyone was thinking four-dollar a bushel corn would be good — and nobody was expecting corn to get to six and seven dollars. He says there are several reasons for that rise — including the conflict in Ukraine. “The Russia Ukraine war, the geopolitical uncertainty essentially further pushed up the commodity prices,” he says. “And the strengths and the stability in the U-S market, and the consistency and the quantity of the U-S agricultural markets sort of benefited from that.”

He says corn and beans aren’t the only commodities seeing the impact. “This is happening for soybeans and for hay as well. But also this time, we are also seeing tremendous growth in terms of the livestock prices as well. And when you are thinking about especially cattle prices,” Zhang says.

He says this has shown up in the increased growth in land values in the northwest part of the state as there’s a significant presence of cattle producers, and to a lesser extent hogs. He says producers need to have land to spread manure on for nutrient management purposes, so they are more aggressive in bidding nearby grounds.