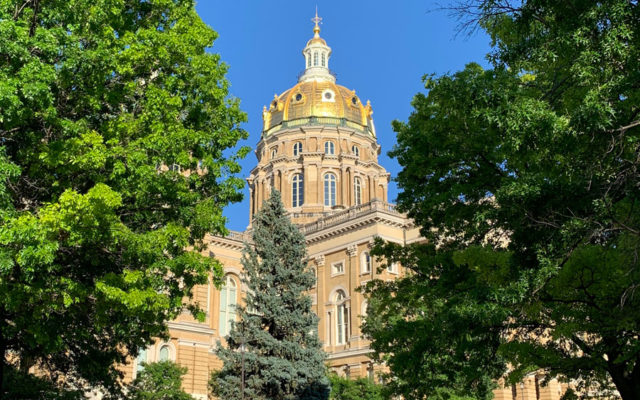 DES MOINES — Republicans in the Iowa legislature have voted to force every Iowa school district to hold all classes in-person, 100% of the time. Senator Brad Zaun, a Republican from Urbandale, said 15 public school districts and one private school aren’t doing that today.

“Parents are upset. Parents want their kids back in class,” Zaun said. “They recognize that their kids are falling behind.”

The bill now goes to Governor Reynolds, who has said she wants it to be the first bill she wants to sign into law this year. Senator Joe Bolkcom, a Democrat from Iowa City, said school boards made hard decisions during the pandemic to have students attend every other day or shift all classes online.

“This bill is nothing more than Governor Reynolds settling a political score with large urban school districts that disagreed with her,” Bolkcom said.

Senator Herman Quirmbach, a Democrat from Ames, said legislators should have ensured teachers and school staff were vaccinated for Covid first.

“We all want the kids back in the school as soon as we can do that safely,” Quirmbach said, “and it’s not just the kid’s safety we need to protect. It’s the teachers and staff as well.”

The bill passed the Senate Thursday afternoon and it cleared the House after eight o’clock last evening. Representative Phil Thompson, a Republican from Jefferson, was the bill’s floor manager.

Classrooms provide much, much more than quality academic curriculum, although that is a major factor in proposing this bill,” Thompson said. “In-person learning provides social support, mental health support, nutritious meals and many other benefits parents weigh in choosing the education method that works best for their children.”

Legislators of both parties expect the governor to sign the bill into law today. Once that happens, Iowa schools that aren’t holding all classes in-person will have until February 15 to make the change.  Districts could choose to continue offering virtual classes in addition to face-to-face instruction.