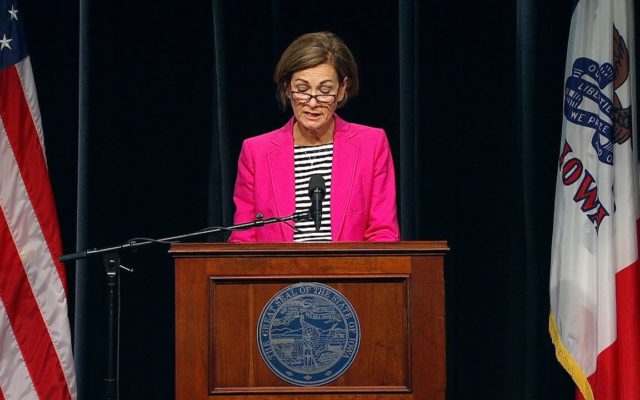 The public health measures Reynolds issued three months ago coincided with escalating numbers of Covid patients in hospitals. A record 1,527 Covid patients were hospitalized in Iowa on November 17. The patient count had fallen by nearly 80 percent as of Sunday.

“Not surprising, we experienced an increase in positive cases following Christmas and New Year’s gatherings, but they were minor in comparison to other parts of the nation and far from the surge that some predicted would occur,” Reynolds said during a late January news conference.

The news release announcing Reynolds had issued a new proclamation “that relaxes existing public health measures was released late Friday and the changes went into effect Sunday. All seating and gathering limits in bars and restaurants have been lifted.

“Our goal continues to be keeping virus activity at a level we can manage over the course of our daily lives and I think we’re demonstrating that we can do that,” Reynolds said.

Democrats like Congresswoman Cindy Axne say the governor is sending the message that masks and safety precautions are no longer necessary. House Democratic Leader Todd Prichard of Charles City said Reynolds is being reckless

“The response has been ridiculous,” Prichard said during a news conference last week. “The lack of leadership on Covid from the governor’s office and since the Republicans have brought us into session has been non-existent.”

On Sunday, President Biden’s chief of staff criticized the governor’s decision, suggesting it’s not too much to ask people to wear a mask until more Americans can be vaccinated.