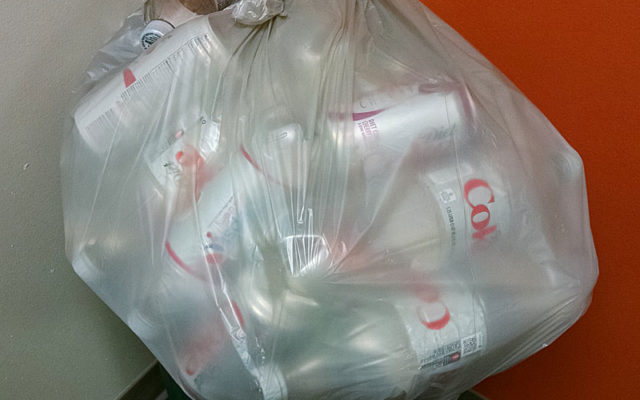 DES MOINES — Legislative leaders from both parties say there’s no agreed-upon plan yet, but momentum is building for changes in Iowa’s bottle deposit law.

“Iowans like the Bottle Bill. They realize that it keeps litter out of the ditches and roadways, but we’ve got to make it work for all the players,” Prichard said during taping of  this weekend’s “Iowa Press” on Iowa PBS. “There are some major health concerns from the grocers.”

A 1979 state law established the nickel deposit on bottles and cans containing alcoholic and carbonated beverages. Retailers selling those beverages are to accept the empties and pay back the deposit fees. Grocers say the empties are unsanitary and shouldn’t be brought into their stores. Senate Republican Leader Jack Whitver of Ankeny said the redemption system set up by the Bottle Bill is complicated, but that doesn’t mean legislators should shy away from trying to address concerns.

“I will never admit anything is too complicated to solve the problem. That’s what we do is try to solve problems,” Whitver said during an “Iowa Press” appearance early this month. “The Bottle Bill has been around for over 40 years now. It has a purpose. It served a purpose and there are so many different interests and opinions on both sides. This is not one of those that’s a Republican versus Democrat idea. I have people in our (Senate Republican) Caucus who want to pull it out by the roots…I don’t know what will happen with the Bottle Bill this year.”

House Speaker Pat Grassley, a Republican from New Hartford, said the Bottle Bill has worked as a litter reduction tool.

“From my perspective, the number one priority is to make sure that the Bottle Bill doesn’t go away,” Grassley said during a joint appearance with Whitver on the Iowa PBS program. “It’s worked. Now, there may be some changes that may need to be looked at.”

Grassley said he hears about the Bottle Bill from constituents and lobbyists “constantly,” but there are 100 different opinions on how to fix it.