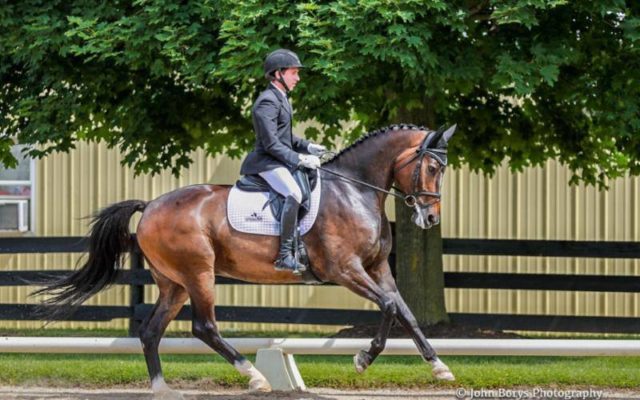 MASON CITY — One of the proposed future upgrades at the North Iowa Events Center is to construct a covered warmup area that would allow for horses to move easier from barns and the outdoor area into the indoor arena.

North Iowa Fair Board president Scott Miller says the horse groups have made suggestions about what potential improvements could be made.  “As these horse groups have come in, they’ve really taught us a lot about what other facilities do or what they have that we don’t have. Obviously our focus is to attract people to this area and to the fair and to the fairgrounds, so one of the things they asked for was a covered warmup area. We have an outdoor arena and an indoor arena, so we want to add a covered area between the two. That way they can walk their horses from the barn directly to the now covered arena, warm up their horse, and then enter the arena to compete.”

Miller says construction on the covered area could happen later this year.   “We’re working with a couple different firms, we’ve had some active drawings that we’ve had made up, some plans that we’ve had made, and we’re getting some bids. We’re also asking for some grants, and we’re processing different grant applications for that. This is a real thing that will likely happen as soon as this fall.”

Miller says horse shows bring in money to the north-central Iowa economy.  “It’s really good for the fair, but it’s also good for all our neighbors, our hotels and our restaurants, and shopping areas definitely benefit. That’s kind of what we look at. We’re looking for a better relationship with everyone involved, so that when people come to use the grounds, everyone wins.”

Miller made his comments after city and county officials earlier this week toured the North Iowa Events Center to see improvement being made to the facility.