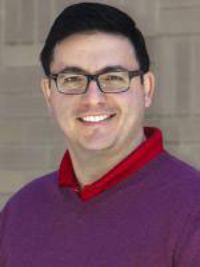 AMES — An Iowa State University report finds it will cost less to plant some crops this spring.

Report author Alejandro Plastina says that includes the state’s two major crops.  He says the cost of production will decline anywhere from three to four percent for both corn and soybeans.

He says some of the inputs will cost more. “The increased costs are expected for labor, insecticide and corn seeds While the other categories are expected to go down — including for land costs,” Plastina says.

A drop in production costs does not mean farmers will make a profit on their harvest. “The cost of production is a big component of profitability — but on the other side — we have prices and that is something that farmers do not control, “Plastina says. “And currently there is a big uncertainty on where prices will go for the 2020 crop.”

Plastina says the new trade agreements could have a big impact on profitability. “We have to wait and see what might happen with those and how those will be implemented,” according to Plastina. “On the negative side we have the coronavirus alert and we don’t know how that will impact trade for China in particular and the demand for soybeans.”

You can go to the extension department website to find the report on production costs.