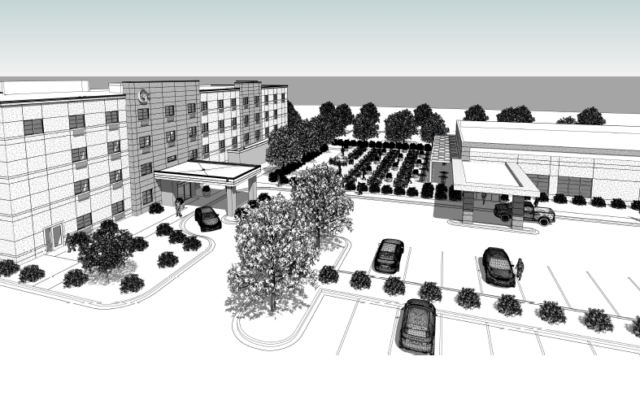 CLEAR LAKE — The city of Clear Lake will have a new study done that they hope provides a better analysis of the economic impact the community will see from a new hotel, conference center and restaurant development in the eastern part of the community.

The council back in October approved a development agreement with WillowStream LLC which calls for a $16 million complex in the new Courtway Park Subdivision northeast of the intersection of Interstate 35 and US Highway 18.

City Administrator Scott Flory says the developer asked the city to consider the study in how best to develop the facility.  “They had interest in looking at how best they could maximize the proposed event center, the best way to lay it out, to market it, and those kinds of things. They asked if the city would be willing to participate in having a study like this done that would basically give suggestions, ideas, develop concepts on how to lay out the facility, how to market the facility, what could be expected in terms of usage of the facility, just kind of your general planning, background, and those kinds of things.”

Flory says he took the suggestion a step further to look at the economic impact of the development to the community.  “When we were doing McKesson, we had an economic impact analysis that was done by an economist for that project. He had equated that the 10-year economic impact estimated for the McKesson project in Clear Lake would be the equivalent to hosting the Super Bowl, but over a 10-year period. So that was about a 300 million dollar impact over 10 years. That was a pretty poignant remark that I could make when I was making talks about that particular project. I have often thought it would be useful to have something like that to be able to relate back in terms of this proposed conference event meeting center, what might be the anticipated overall economic impact to our community.”

The cost of the study being done by Grey Hospitality is $8500. Flory made his comments on today’s “Ask the Mayor” program which also featured Clear Lake’s mayor Nelson Crabb. You can listen back to the program via the audio player below