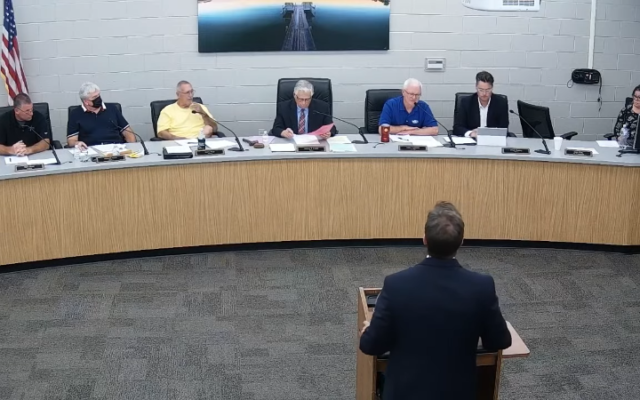 == The first is with RCP Investments LLC of Mason City related to the city’s participation in the repurposing of the former Five Star Cooperative property at 2809 Main Avenue to a dry goods warehouse and distribution center with loading docks constructed for moving goods.

City Administrator Scott Flory says following the completion of improvements, the warehouse will be occupied under the terms of a 10-year lease agreement with Greenlee Corrugated Solutions of Jesup.  He says it’s anticipated that the company, which provides corrugated packaging for large-scale companies, will employ six to ten employees, with the potential for expansion into a multiple shift operation.

The letter of intent contains incentives including an industrial property tax exemption, participation in regional storm sewer improvements, and professional service fees reimbursement. The current 154,000 square foot building was assessed at just over $660,000, with the anticipated improved value following completion being estimated at $1.5 million.

=== The second letter of intent is with the Embree Development Group of Georgetown Texas for the development of a five-and-a-half acre parcel of property in the Willow Creek Urban Renewal Area. The proposed project would be a $8 million, 47,000 square foot commercial and retail building with a surface parking lot to serve the needs of the project. The city would offer an incremental property tax rebate for ten years not to exceed $850,000 and a $350,000 offset to be used by the developer to finance municipal water and sanitary sewer service main extensions and service laterals. An additional $400,000 would be provided for the relocation of a 60-inch city storm sewer line.

Flory says construction would start next spring.  “The developer intends to begin construction of the project approximately April 1st, 2022, with a completion date, a conservative date, of August 1st of 2023. We think that it likely would be finished in 2022, but put that out there again as a conservative date. The property valuation would be approximately $3.3 million as of January 1, 2024, so that would be the taxable value.”

The council unanimously approved both letters of intent at their meeting last night.