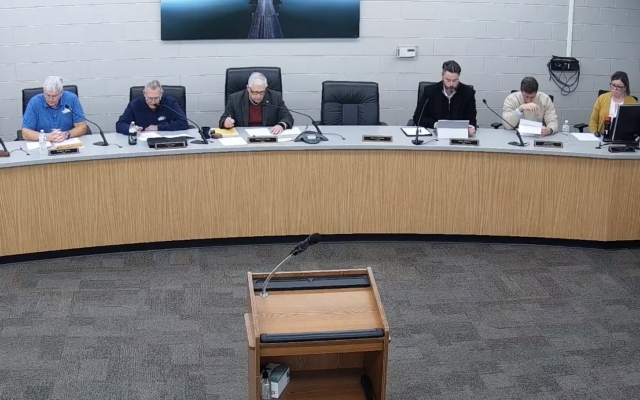 CLEAR LAKE — The Clear Lake City Council last night approved an amendment to the city’s consolidated urban renewal plan that would encompass the proposed improvements to the Surf District.

The city last month received approval of a $4.37 million grant from the Destination Iowa Creative Placement Grant Program to assist in the expansion and relocation of Clear Lake’s Music Enrichment Center to allow for improved performances and educational experiences,  as well as to allow gateway and streetscape enhancements around and on Buddy Holly Place, and waterfront connections from the Surf Ballroom to the lakeshore.

City Administrator Scott Flory says last night’s vote was the first step in a very long process to complete the project.  “I made this comment on the McKesson project repeatedly, a statement about crossing the road, but we’re not there, but we can see it, and we’re coming up on it. We’re not there yet. We’ve got a long way to go, but we’re making good progress and all progress in the right direction to do the things that we need to do to make this project a reality.”

Councilman Bennett Smith says the project is a transformative one for Clear Lake.  “It’s going to be an amazing ride. I think it will catalyze significant  private investment in the neighborhood, and I think we’ll look forward to many years of that transformation to come.”

Mayor Nelson Crabb says the Destination Iowa “placemaking grant” is an opportunity to showcase Clear Lake not only as a place to enjoy but a place to live.   “Where people will not only come here as tourists or visitors, but also may choose, after visiting here, make this a place of residence someday. It speaks volumes of what we have gone through to date, and as we look down the road, I believe it’s going to be even more and more positive for this community, for North Iowa, and for the state of Iowa.”

The council last night also set their February 6th meeting as the date for a public hearing on the proposal to enter into a future loan agreement for purposes of funding the Surf District projects.