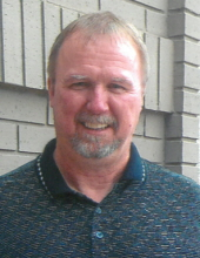 MASON CITY — City officials in Mason City are mourning the loss of the city’s longtime finance director Kevin Jacobson. Jacobson started working in City Hall in 1996 and took over the finance director position from Charles Hammen in 1999.

City Administrator Aaron Burnett says Jacobson’s death is a shock to all inside City Hall.  “Kevin was one of the first people I met when I came to the City of Mason City. He’s been a great colleague, I’ve been able to learn from him. His knowledge is known across the state in city finance and I’m very fortunate to have been able to work with him for the last three years. This is a huge hole for the city and something that will take a long time to recover from, but fortunately we had over two decades worth of his service for the city, and the community is better off for it.”

Burnett says one of Jacobson’s top priorities was to always make sure the city was in a sound financial position.  “We got to work close together and he did a great job. Even through COVID, we’ve seen the fruits of his efforts to keep things very stable, and so we’ve never really had to cut services. We were able to continue to weather that without dipping heavily into reserves, and so we’ve been very fortunate.”

Burnett says Jacobson was always willing to reach out and help other financial directors around the state with his expertise.  “I think the important part is that he did that all across the state. He was always the first call for many people when they had a question because of his level of knowledge and leadership within the Iowa Municipal Finance Officers Association and many other organizations.”

Burnett says he will miss the camaraderie that he had with Jacobson while working in City Hall.  “It’s hard because I’ve lost a friend in City Hall and somebody who was always able to kid back and forth and have a good time while working together, and then also was a person with an incredible skill set that was a great asset to the city.”

Besides serving as the city’s finance director, he also served as the interim city administrator prior to Burnett being hired for the full-time position.

Jacobson died on Friday in Mason City at the age of 59.