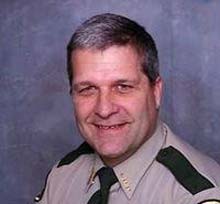 MASON CITY — Cerro Gordo County Sheriff Kevin Pals is one of ten sheriffs in Iowa to sign a letter sent to President Joe Biden this week urging him to secure the southern border and stop the mass influx of illegal immigration.

Pals there are enough illegals with bad intentions coming in that they are placing a strain on local law enforcement agencies. “The problem is identifying some of these people. They are hard to identify, and if they’ve never been arrested before even taking their fingerprints for identification purposes — sometimes we don’t know who they are,” Pals says. “The problem is there are some who have gotten deported and they are back in North Iowa within two weeks.,”

Pals says most of those causing problems are from one part of the world. He says the majority are from Mexico, Guatemala, and Brazil that are coming here. He says those from other countries have such small numbers that they are not detected.

Pals says it is not just law enforcement that is trying to deal with the influx and the human services that are necessary to care for these people. We’ve got homeless people in North Iowa and then we are bringing in other people. How is our system going to continue to support these people?,” Pals says.

Almost 275 sheriffs from 39 states signed the letter sent to the President.