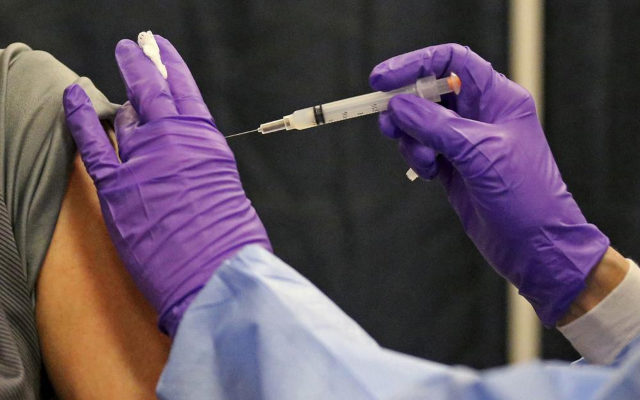 MASON CITY — While the plans have been announced by the federal government to start providing booster doses of COVID-19 vaccine later this month, Cerro Gordo County Department of Public Health director Brian Hanft says people shouldn’t expect to start lining up to get those boosters when the program begins on September 20th.

He says, “The general public won’t be able to just walk in and start getting it on that date. You have to wait until your eighth month, so we’ve got a game plan for that.”

Hanft anticipates most of the booster doses his agency will distribute will be toward the end of the calendar year as people reach that eight month time point.   “Around November 8th through pretty much the end of the year is going to be really busy for us as we try to get those vaccines completed. Those are when the largest volume of people in the public received their second dose. We’ve got that all laid out, anywhere from 800 to 2030 doses were given on those eight month increments, so we’ll have to be working on that.”

Hanft says his department continues to work with their community partners in planning on how they’ll best distribute the booster doses.  “Looking closely at what the booster vaccine clinic locations will be, working with our partners at Mercy in trying to figure out how we might administer vaccines to their staff as kind of a partnership project.”

Hanft made his comments today during the meeting of the Cerro Gordo County Board of Supervisors.