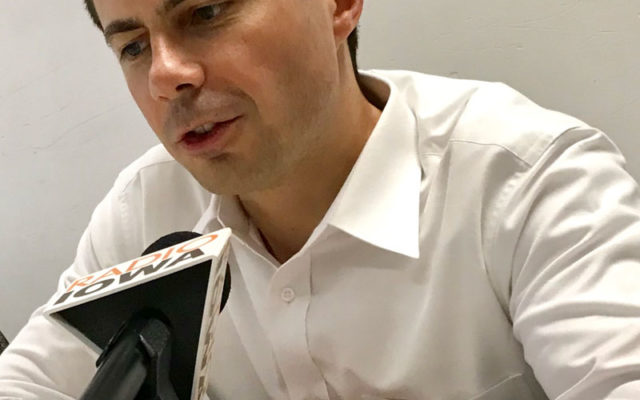 DES MOINES — A year ago, many Iowa Democrats were debating how to pronounce Pete Buttigieg’s last name. He’s now projected to be among the top-tier finishers in the Iowa Caucuses on Monday.

“One of the things I’ve been struck by is how many people come up to me at events and tell me they’re the exact ‘future former Republican’ that I’ve been talking about,” Buttigieg said during a telephone interview with Radio Iowa this week. “You don’t have to be a die-hard Democrat to find this presidency incredibly frustrating and even demoralizing.”

Buttigieg publicly revealed he was gay in 2015 and got married in 2018. He turned 38 this month. He’s also a military veteran and draws applause from crowds when contrasting his service with Donald Trump’s Vietnam-era deferments.

Buttigieg’s been arguing a candidate from the Midwest would be Democrats’ best bet against Trump this fall. That raises the stakes for his finish in the Caucuses.

“It’s certainly important for us to succeed and have a good showing here in Iowa and we’re going to be taking that momentum with us as we go into other states, too,” Buttigieg said. “Our basic message is for all of America and we will continue to take it on the road as we proceed.”

In a closing argument, Buttigieg warns using the “Washington playbook” against Trump.

“You don’t have to choose between governing well and winning big,” he told Radio Iowa.” You don’t have to choose between your head and your heart. The best way to govern is also the best way to win which is to turn the page, to not get caught up in the political warfare and Washington mentality that led us to this point, to really be ready to deliver solutions that makes sense for what the country is about to face in the era after Donald Trump.”