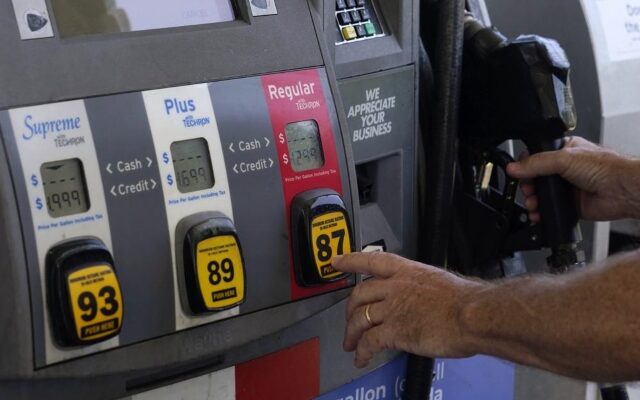 DES MOINES — AAA Iowa  is reporting gasoline prices in the state are about 30 cents a gallon higher than a month ago.

“The reason we’re seeing this is while crude oil is still hovering around roughly the same prices, we’re seeing an increase in demand,” says AAA Iowa spokeswoman Meredith Mitts, “which is driving some of those prices up.”

Gas prices in the weeks ahead are expected to rise because of holiday travel and Mitts says weather may be another factor.

“It could be a snow storm or a rain storm. It could be a hurricane hitting some of those pipelines,” Mitts says, “but severe weather has the ability to impact what gas prices we’re seeing locally even if hitting somewhere else, like down in Florida or on the east or west coast.”

Council Bluffs is where gas is selling for the lowest price right now at $3.59 a gallon, according to AAA, Ames has the highest price at $3.84 a gallon.

“In the last week, though, we’ve really only gone up three or four cents, depending on where you’re at,” Mitts says.

Diesel fuels prices are averaging above $5 a gallon in Iowa. That’s about 38 cents more than a week ago and nearly equal to the nationwide jump in diesel this past week.