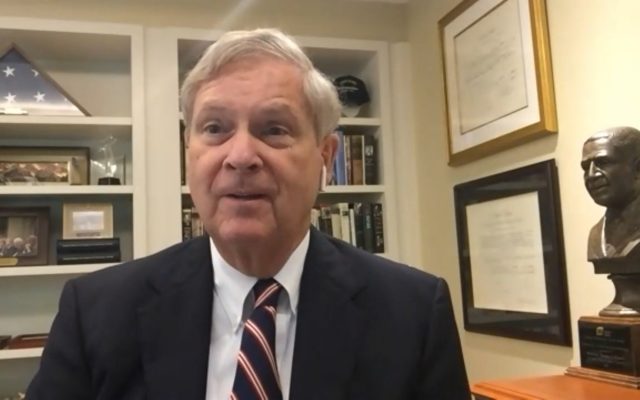 WASHINGTON — Former Iowa Governor Tom Vilsack’s nomination to be U.S. Ag Secretary is moving to the full Senate after an Ag Committee hearing Tuesday on his second stint in the job.

Vilsack in his opening statement said there are some key areas he has to address — including fixing what he says are inequalities, unfairness, and discrimination in farm programs. “Where there is zero tolerance for discrimination, where programs actually open up opportunity for all who need help. And lift the burden of persistent poverty for those most in need,” according to Vilsack.

He says openness and competitiveness in trade needs to be addressed. “I think we want to provide advice and counsel and direction and efforts to try to look at additional free trade agreements,” he said. Vilsack says he will also have to address climate change and food insecurity.

Iowa Senator Joni Ernst asked Vilsack how the president’s executive order that government vehicles should be electric will impact biofuels like ethanol produced in Iowa.

Vilsack says there is room for both. “I think we look for expanded opportunities in a variety of different ways. At the same time, I think we recognize that there will be more and more electric vehicles that will be utilitized in the country — and we also recognize that’s going to require energy — where does that energy come from,” Vilsack asked. “I think there are opportunities within rural America to promote rural renewable energy .”

The Renewable Fuels Standard or RFS which sets the amount of renewable fuels required in the country expires in 2022. Ernst asked Vilsack about his support for continuing the measure.

“What will you do in your capacity to make sure we get this done. Get the renewal of the RFS done when we are facing near-unanimous support among Democrats when it comes to electric vehicles.” Ernst asked.

Vilsack says he will talk with the president about the need for different types of vehicles. “The reality is that General Motors and Ford and all of those other care companies, they are not going to stop producing cars with combustion engines, they are not going to stop that process,” according to Vilsack. “So we need an alternative fuel source in addition to, and to complement our efforts on the electric. I don’t see why we can’t have both over a long period of time. We are going to need both.”

Vilsack served as U.S.  Ag Secretary for eight years in the Obama administration.