Tonight is the first drawing for two large lotto jackpots 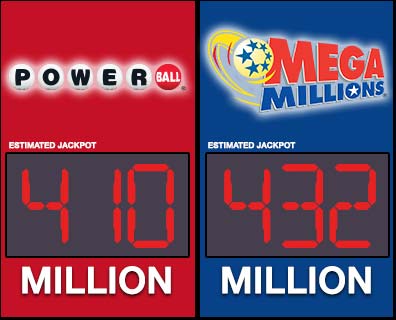 DES MOINES — Sales of the Powerball and MegaMillions lotto tickets have slowed considerably during the pandemic — but jackpots for both are now above $400 million.

Iowa Lottery spokesperson Mary Neubauer says ticket sales for both will likely be up now that they have passed that mark. “It’s only the third time that’s happened — so they’re definitely starting to get some attention. I don’t believe that sales are at the level they would be if this were quote, unquote, a normal time,” according to Neubauer.

Winning both would give you a prize of more than $800 million — but Neubauer says that would be a long shot. “Could someone win both? Yes.” Neubauer says. “Is it feasible that that’s going to happen, is it likely? I would say probably not.”

She did some figuring to come up with the odds. “I did it and then had to Google what the heck that number was that I came up with. So, it’s one in 88 quadrillion. That’s 88 with 15 zeros behind it — if that tells you just how long those odds are,” Neubauer says.
Those odds don’t change if you buy more than one ticket.

She says the odds are the same for every ticket that is purchased, so you have the same chance if you buy one or ten tickets. “And I know sometimes that’s a hard concept for people to understand, but these are the rules of random statistics.”

The larger jackpots usually draw in people who don’t play regularly and that pushes the jackpots higher. Neubauer says there are a few things they still aren’t sure about these jackpots while we still have the pandemic going on.

“The day of the drawing always has the highest sales — and traditionally the time period with the highest sales has always been between four and six p.m. as people got off work and headed home and ran errands while they were doing that,” Neubauer explains. “Well, so many folks aren’t working in the office these days so there isn’t that commute home from work…and so we haven’t quite figured out what that means in terms of sales patterns. But I don’t think that we are going to see that busy stretch as much between four and six p-m because people just aren’t in the office right now.”