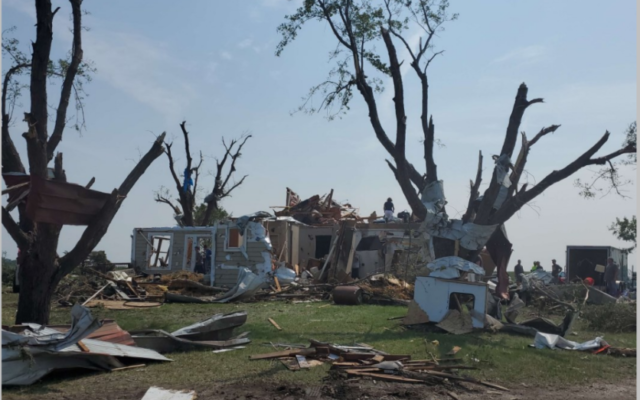 JOHNSTON — The experts at the National Weather Service are still studying information they gathered from the outbreak of tornadoes across Iowa on July 14th.

Meteorologist Alex Krull says they’re now lowering their original estimate of 26 tornadoes. “When we went back and looked at some satellite data after the event, we realized that there were a few tornadoes that we had considered two separate tornadoes had actually been just one track,” Krull says. “We were able to look at some of the crop damage via satellite to realize the tornado had stayed on the ground a little bit longer than what the surface damage survey we had conducted the day after the tornado had indicated.”

Their current thinking is there were between 20 and 22 tornadoes that struck that day, not 26, but the final report is still being compiled. Krull says improved technology with better satellites help with storm surveys.  “When the tornado knocks down the corn, it’s going to reflect that sunlight back up to the satellite a little bit differently,” Krull says. “In some cases, you can even see the swirl marks from the tornado as it moves through. Rural parts of Iowa, this helps us to get a good idea of the track, especially if it doesn’t do any damage to trees or structures.”

The Lake City tornado was the most powerful that day. It was designated as an EF-3 and had estimated wind speeds as high as 145 miles per hour.