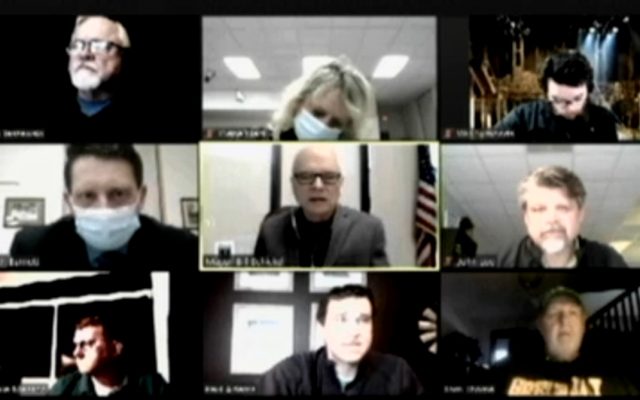 MASON CITY — The City Council in Mason City last night approved awarding a professional services agreement contract to Bergland & Cram for the design of the Willow Creek Riverwalk project. The city has received the Iowa Great Places designation and grant funding for the Riverwalk.

Kristy King of Bergland & Cram says there’s a lot of opportunity for the Riverwalk to enhance the other development that is taking place in the downtown area.  “When we talk about a Riverwalk, we are essentially talking about a trail. The trail is that place between places, and when we talk about a trail, we want to look at circulation patterns, what can we make better about what’s in place now, what can we enhance, what we can solve in our circulation patterns.”

King says it’s important that when you think about a trail, it’s just not a paved path from one place to another.  “A trail is more successful and more compelling and engaging when there’s different parts to it, when people feel like they can discover things along the way, so that’s where kind of the structure comes into play. We envision a carving out from the mall down to the waterfront.”

King says the Riverwalk should spur other development around Willow Creek.  “This kind of development area is really a trailhead for further development to the west and east of the Riverwalk. It has the potential just to continue both ways with that concept. It would make it a safer, well-lit area that kind of scoops people in, and then the community can develop that waterfront for years to come.”

King says public input will be a key in designing the project.  “We certainly want to engage with kind of the stakeholder groups, the ones that their priorities are directly going to tie to this to make sure we understand those and include those. Those might be smaller one-on-one kind of fact-finding and brainstorming meetings. We definitely want to show the community what it is in a conceptual phase, so that it’s not to a point where everything has been decided before we have a chance to gain additional insight and ideas from the wider community that we can potentially make into the design.”

Construction on the project is scheduled to start in the spring of 2022, with completion a year later.