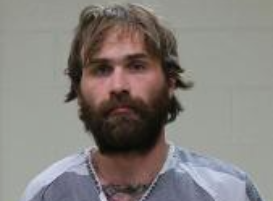 MASON CITY — A man wanted for assaulting a woman in a Mason City park earlier this year has been arrested.

Police were called to East Park on the evening of July 11th, where on arrival a victim and three witnesses to an assault were on the scene. A police officer says the victim had received visible injuries in the form of abrasions, cuts, marks and loss of breathing capacity due to the attack.

29-year-old Levi Shackleton, who has no permanent address, was arrested by authorities on Sunday night on US Highway 18 near Nora Springs on a warrant for assault as well as two counts of violating parole on controlled substance and theft charges dating back to 2018.

Shackleton remains in the Cerro Gordo County Jail on a total of $12,000 bond.