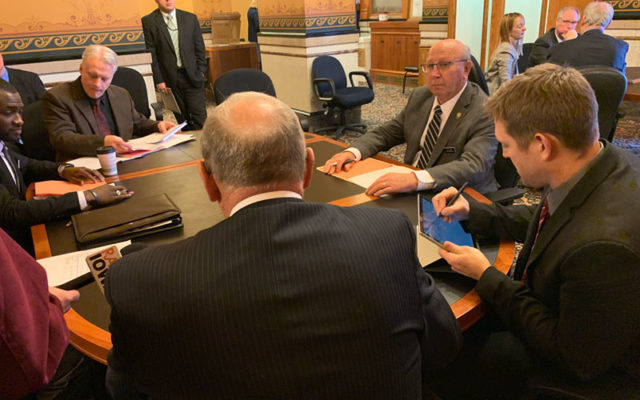 By the end of the today, Republican-led committees in the House and Senate will approve a boost in “per pupil” spending that’s a smidge over two percent. The full House and Senate will debate school funding early next week. Emily Piper is a lobbyist for he Iowa Association of School Boards.

“We really appreciate the timeliness of this. This is really going to help our boards put together their budgets and be able to have some certainty as to what they’re looking at in terms of their number for the upcoming budget,” Emily Piper, a lobbyist for the Iowa Association of School Boards, said this morning during a House subcommittee meeting.

The Iowa State Education Association, the union representing about 34,000 Iowa teachers, has been arguing for at least a three percent boost in general state aid to schools. Brad Hudson, a lobbyist for the group, said financially-pinched schools need more to keep up with inflation.

“Yes, this will help the schools be timely on their budgets,” Hudson said. “But it will not allow us to make inroads into improving the education quality for our children and that’s our concern with this.”

Representative Ras Smith, a Democrat from Waterloo, said he’s not sure this spending package is the best legislators can do.

“We’ve had a few years of less-than-adequate funding for our schools,” Smith said, “so, for me, I firmly believe that anything less than three percent doesn’t make a significant enough advancement for our schools.”

“If those things all happen, I think schools will be relatively pleased with this session,” said Margaret Buckton, a lobbyist for the Rural School Advocates of Iowa and for the Urban Education Network, a group represents the state’s 17 largest districts where 40 percent of the state’s K-12 students are enrolled.