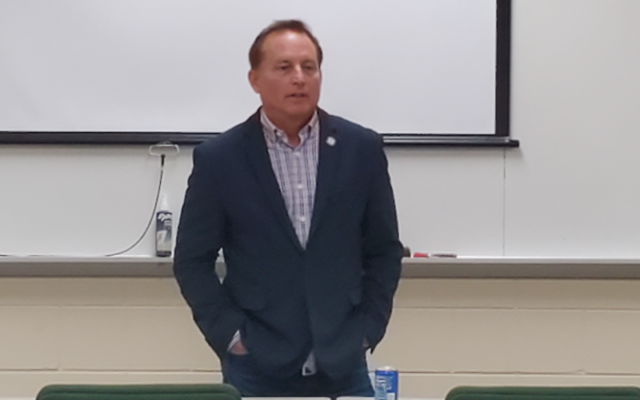 DES MOINES — January is human trafficking awareness month and more than 600 Iowa businesses and industry groups are now part of an initiative aimed at identifying and responding to human trafficking in the state.

Iowa Businesses Against Trafficking was launched a year ago. Secretary of State Paul Pate says businesses that join the program are asked to help raise public awareness of trafficking or train workers to spot people who may be trafficking victims.   “Some of them are aggressive about putting out 800-numbers in their businesses’ restrooms so people can get help if they need to,” Pate says. “They’re reaching out to their own employees and to their customers with information. So, it’s building an army to combat this situation.”

Pate says the number of reported trafficking incidents has risen in Iowa. The most recent data from the National Human Trafficking Hotline shows there were nearly 300 contacts from Iowa in 2021. Those tips led to dozens of cases reaching law enforcement.

Child sex trafficking sometimes starts with connections made online through social media, according to Teresa Davidson of Chains Interrupted, an eastern Iowa nonprofit that works to prevent human trafficking. Davidson says parents and caregivers should talk to kids about online relationships, but she says state lawmakers could also push device and tech companies to do more.

For instance, she says safe browser settings should be turned on automatically, instead of being an option buried in user settings. “Children do not have the developmental capability to handle what will be thrown at them online,” Davidson says, “so as adults, as a community, as lawmakers, we need to help protect our children.”

Secretary of State Pate says anyone with information about possible human trafficking should call local police or the Iowa Victim Service Call Center at 1-800-770-1650.