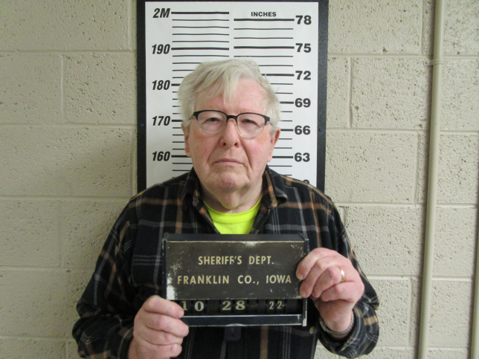 HAMPTON — A Hampton attorney has been arrested on child sexual abuse charges after a joint investigation by the Ankeny Police Department, the Iowa Division of Criminal Investigation and the Polk County Attorney’s Office.

The Iowa Division of Criminal Investigation says a report was filed in October of last year with Ankeny police regarding historical sexual abuse that had been occurring between Daniel Wiechmann and several juvenile step-grandchildren over the course of several years.

Due to the fact that abuse was alleged to have taken place in multiple counties, and that Wiechmann had served as an attorney in the Franklin County area, the DCI was asked to assist, and due to a conflict of interest, the Franklin County Attorney’s Office requested that the Polk County Attorney’s Office serve as a special prosecutor for the investigation.

Wiechmann was arrested at his home in Hampton on Friday by state troopers. He was being held in the Dallas County Jail on $5000 cash bond and a detainer from the Polk County Sheriff’s Department regarding warrants currently on file related to the Polk County charges.