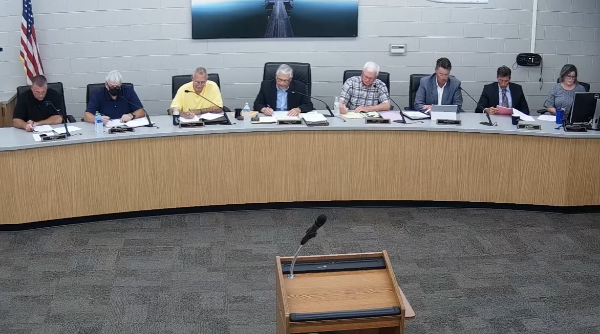 CLEAR LAKE — The City Council in Clear Lake Monday night set the public hearing for later this month about an application for a new state grant that would be used to help convert upper floor space in a downtown building to apartments.

The project includes the conversion of the upper floor of the Corner Drug building at 2 North 4th Street from retail and office space into three apartments. The first floor was recently gutted and renovated as retail space. The apartment layout would include two, two-bedroom apartments and one, one-bedroom apartment.

City Administrator Scott Flory says the funding is being made available to cities through a new Community Development Block Grant program tied to COVID-19 relief.   “The state of Iowa has initiated what’s called an upper-story rental housing conversion program. The activity is limited to existing buildings to either rehabilitate un-occupiable units, or convert existing space into new units; all space has to be vacant and un-occupiable at the time of the application. We anticipate making this application by September 1st.”

Flory says this type of Community Development Block Grant is unique for Clear Lake to qualify for.  “Normally we just do not meet the standard eligibility requirements for Community Development Block Grants, which for communities like Clear Lake are typically things that benefit low and moderate income people on a wider percentage than just a targeted area type of thing. Even for us, it would be difficult to achieve that.”

North Iowa Area Council of Governments executive director Myrtle Nelson says economic development organizations were concerned about addressing workforce shortages during the pandemic and the state created this program to address housing needs.   “One of the primary issues related to that is what kind of housing we offer them, both to recruit them and to keep them here, so the state funnelled money into this program.”

The assistance to the developer would be provided as a three-year forgivable loan in the amount of $500,000, and in turn, the developer would have to rent two of the three units to low-to-moderate income residents. Nelson says after that three year period the developer can rent to whomever they choose.  “They only have a three-year period where that applies, so after that three-year period is gone, they can rent to whoever they desire. Obviously if they are going to put that kind of money into a unit, they are going to get a good, quality tenant. We’re seeing some pretty impressive things actually happening in these upper-story projects.”

Jessica Wood is the project developer and has a number of rental units in Clear Lake. The public hearing will be held during the council’s August 16th meeting.