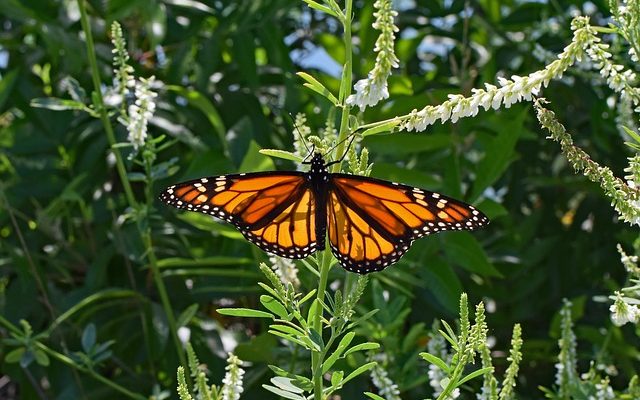 AMES — Efforts to save the monarch butterfly in Iowa may be starting to pay off.

A report from the World Wildlife Fund finds monarchs overwintering in Mexico covered about 15 acres of forest canopy, twice the previous year’s population and a level not seen in a decade.

“This past year’s survey information from Mexico was definitely encouraging,” Bradbury says. “Our goal, our nation’s goal and all of the work going on in states in the Midwest and Southern Plains, is to try to maintain that 15 acres as an average over the coming 10-to-20 years.”

While the population rebound is a big plus, Bradbury says consistent long-term gains rely on advancing conservation efforts that are critical to help monarchs survive and reproduce in Iowa and the Upper Midwest.

“What we see this past year is certainly a signal,” Bradbury says. “Starting to get that habitat in the ground is good, but there was also just the most perfect weather conditions that helped make that happen.”

In recent years, cities, farmers and individual Iowans have joined to create or to preserve habitat that’s vital to monarchs, including the cultivation of milkweed and nectar plant gardens.

“Getting new habitat in the ground is picking up the pace,” he says, “and people being really careful about the habitat that’s already on the landscape and protecting it.”

The Iowa Monarch Conservation Strategy aims to maintain a yearly population of 225-million adult monarchs, or roughly that 15 acres of forest canopy.

About 40-percent of all monarchs that overwinter in Mexico are estimated to come from Iowa and neighboring Midwestern states. Bradbury says expanding monarch habitat in Iowa will play a major role in the recovery of the species.