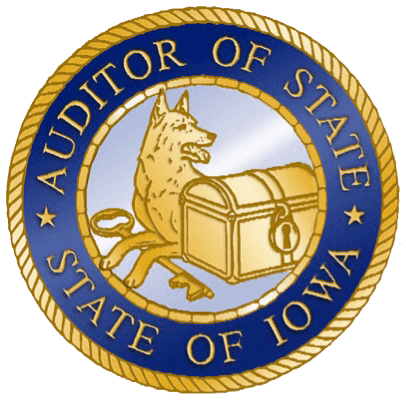 DES MOINES — A review by State Auditor Rob Sand’s office questions why nearly $450,000 in salaries paid to the governor’s staff last year came out of the budget for the Iowa Department of Homeland Security and Emergency Management.

Sand says it’s not clear why the salary money wasn’t in the budget for the governor’s office and why Governor Reynolds had to use federal money to cover pay for her staff. Sand, a Democrat, says the Republican governor’s staff did not respond to requests for documentation.

A spokesman for Reynolds says the governor’s office will provide the U.S. Treasury Department with documents showing the governor’s staff worked out of the state’s emergency response center for the first three months of the pandemic.

The auditor’s office reviewed how the state spent more than $12 billion in federal funds last year, including $2.5 billion directly related to pandemic relief. It found the state sent unemployment checks to six people who were dead and eight people in prison. The report also shows the State of Iowa received masks, gloves, and other protective gear worth $3.2 million from the federal stockpile during the first four months of the pandemic, but that’s recorded as a donation.

The Bleeding Heartland blog first raised questions last year about the governor’s use of pandemic relief money to pay 21 members of her staff. In September of 2020, Governor Kim Reynolds publicly defended her decision. Reynolds said the roles for her staff immediately changed once Covid cases were confirmed in Iowa.

“I moved the entire team out to the state Emergency Operations Center,” she said, “…to have everybody…hearing and seeing the same information, communicating, collaborating, putting a system together.”