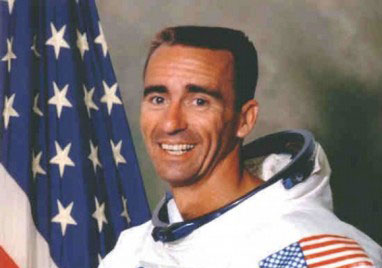 HOUSTON — The first Iowan to reach orbit has died.

Astronaut Walter Cunningham was born in Creston and said in a recent interview that he grew up poor, dreaming of flying airplanes, not spacecraft, though he went on to do both. Cunningham enlisted in the U.S. Navy in 1951 and later became a Marine Corps pilot, serving in Korea.

After getting a doctorate in physics, Cunningham became an astronaut and in 1968, was the lunar module pilot on the Apollo 7 crew. They spent 11 days in space and paved the way for the moon landing the following year.