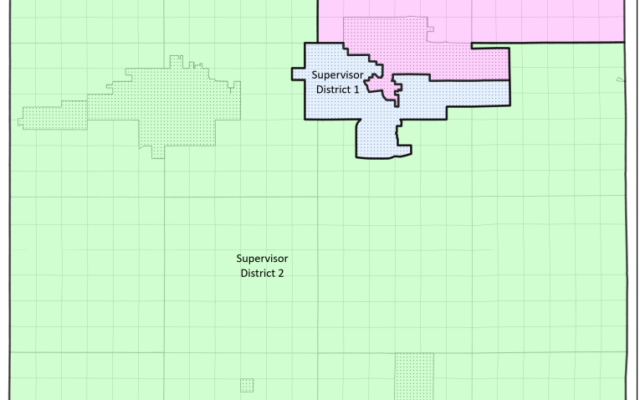 == The First District seat is completely Mason City based, with the new district including all of the city’s Third Ward, Ward Two Precinct Two, and Ward Four Precincts Two and Three.

Incumbent Republican Chris Watts says he’s tried to keep his promises made during his previous campaigns. “Promises made, promises kept. I ran then and I run now on my record of improvements within the county.”

Watts says county government is in good shape currently.   “Being part of the board of supervisors has been a privilege and a pleasure for me because I was able to see the results, the fruits of our labor. We’ve got the county in the best fiscal shape, the best financial shape this county has been in in decades, and everything I’ve done, I’ve done with the taxpayers’ best interests at heart.”

The Democratic challenger Amanda Ragan is finishing up two decades of service in the Iowa Senate and has decided to take that experience into running for the Board of Supervisors.  “I believe my background and experience have given me the understanding to help the people of Cerro Gordo County.”

Ragan says she’s served on many state and local committees and organizations which will help her continue to serve the residents of the county.  “I would pledge that I would do the very best to work hard to make sure that Cerro Gordo County is the very best place to live, work and raise a family, and I would appreciate their vote.”

== The Third District includes all of Mason City’s First Ward, the second and third precincts of the Second Ward and the first precinct of the Fourth Ward. It also covers the communities of Rock Falls and Plymouth and the Falls and Lime Creek-Mason North townships. Democrat Lori Meacham Ginapp and Republican Don O’Connor won the primary races in the district.

Ginapp currently serves as an election and drainage clerk in the County Auditor’s office.  “Experience is knowledge, and I have 16 years of experience working at the courthouse.”

Ginapp says she would work hard for the county’s residents on the Board of Supervisors.  “I am committed to making Cerro Gordo County a safe and secure place where you want to raise your family, as I want my kids to raise their families here. I’ve spent my whole life in a farming family right here in Cerro Gordo County. I’ve seen blood, sweat and tears poured into our soil. I’ve learned things growing up in the agricultural world. I’ve learned that responsibility comes with hard work.”

O’Connor says his business experience will help lead the county.  “I have managed from HyVee to the automobile business for over 40 years. I’ve never had less than 25 people working for me at any one time, pushing 100. I bring to the Cerro Gordo County Board of Supervisors a ton of business management experience.”

O’Connor says he’s ready to serve the county.  “With my background, I will hit the ground running on day one. I want to give back to Cerro Gordo County just like all the agencies I’m involved in.”

You can listen back to the candidate programs we broadcast featuring the First and Third District races by heading to the audio players below. There’s one other contested race on the ballot in Cerro Gordo County. That’s for the County Treasurer, where Democrat Peggy Meany faces Republican Nikki Fessler in the race to replace Pat Wright, who announced earlier this year she would not seek re-election.