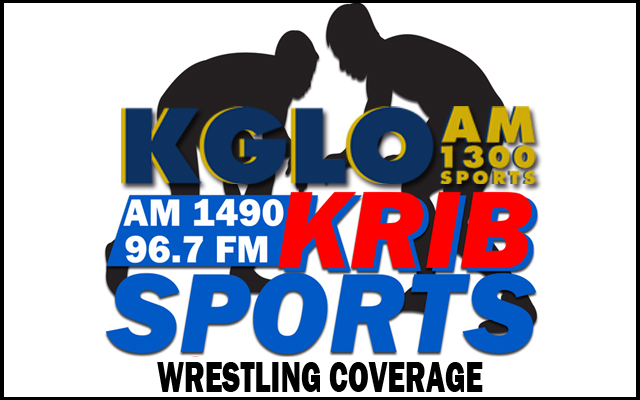 DES MOINES — Three north-central Iowa wrestlers were crowned champions on Saturday night while 22 area wrestlers placed at the state wrestling tournament in Des Moines, as you heard on KRIB and KGLO. Kale Petersen became West Fork’s first-ever champion as he won the Class 1A 106-pound title with a 16-9 decision over Eli Becerra of Missouri Valley. Spencer Mooberry of Osage capped off his high school wrestling career by winning the Class 2A 182-pound title with a 6-4 sudden victory win over Adam Ahrendsen of Union of LaPorte City. Chet Buss of North Butler-Clarksville won his second straight title as he pinned Rex Johnsen of Logan-Magnolia in 1:40 in the Class 1A 285-pound championship. Averee Abben of Osage lost a double-overtime decision to Brandon O’Brien of Independence in the Class 2A 132-pound championship, while teammate Nick Fox lost the 2A 145-pound title match to Matthew Lewis of Centerville 3-2. Lewis became the 29th four-time state champion in Iowa history with the victory. After winning last year’s 2A team title, Osage finished second with 96 points, with West Delaware winning the title with 150 points. Don Bosco won the 1A title with 179.5 points. West Hancock was fifth with 57. Waverly-Shell Rock won the 3A team title with 154.5 points with Waukee second with 146 and Southeast Polk third with 143. You can see the full list of results by clicking here