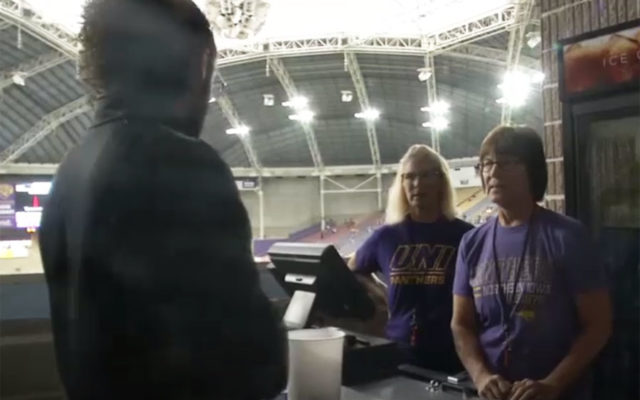 CEDAR FALLS — The University of Northern Iowa started selling beer to the general public for the first time at a football game.

UNI Panther fans who were 21 and to a wrist band were able to enjoyed a win and a beer. Season ticket holder Joel Meirick of Protivin tells KCRG TV it’s not the reason he showed up — but it’s a good way to get some people in the stands. “It gives all the fans the option and I think it is a good idea,” Meirick says. “You can always take it away if it doesn’t work.”

Kelly Charles agrees. “It’s not like they aren’t drinking in the parking lot anyway,” Charles says. Sue Sands is one of the UNI-Dome vendors selling the beer and says it took a little training to learn how things worked. Extra police officers were called in to help just in case something were to happen.

Sands has sold beer at concerts — but wasn’t sure what to expect with the football crowd. “When alcohol is involved there’s always that chance of something silly,” Sands says. Meirick just hopes one person doesn’t ruin the new experience for all the other UNI fans. “I think most of the fans are going to be mature enough to handle it,” Meirick says. Beer will be sold at home football games and also during the basketball season.