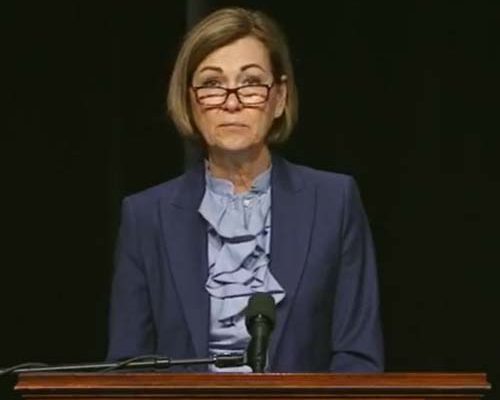 DES MOINES — Governor Kim Reynolds has vetoed a mortgage-related bill that sailed through the Iowa House and Senate without a single vote against it.

During debate in the Iowa House and Senate, the bill was described as leveling the playing field for mortgage brokers like Rocket Mortgage and Quicken Loans. Legislators said a recent state law had reduced duplications in the required paperwork Iowa banks, savings and loans and credit unions present someone to sign for a home mortgage — but digital mortgage brokers were not included.

In a veto message, Governor Reynolds said stakeholders and some legislators raised legitimate concerns about the bill after it had passed, so she vetoed it and encouraged legislators to work on the issue next year.

This is the only bill the governor has vetoed in 2021. Reynolds has used her ITEM veto authority sparingly to reject portions of spending bills and vetoing an entire piece of legislation is a rarity.

In 2019, Reynolds vetoed a bill that would have made changes in Iowa’s medical marijuana law. The governor vetoed a bill in 2020 that would have established legislative review of state leases worth 50-thousand dollars or more and it would have required a two-thirds vote in the legislature, city councils or county boards of supervisors for any sale of government property that did not go to the highest bidder.