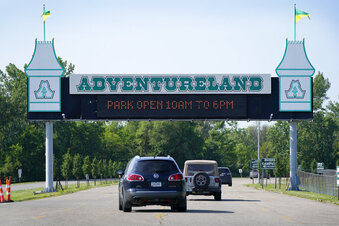 ALTOONA, Iowa (AP) — A regulator has ordered an Iowa amusement park not to restart a popular water ride pending an investigation into a boat accident that killed an 11-year-old boy and left his brother in critical condition.

Iowa Labor Commissioner Rod Roberts on Tuesday signed a cessation order that bars Adventureland Park from operating the Raging River until an investigation is complete and all hazards are corrected.

Adventureland, based near Des Moines in Altoona, voluntarily stopped operating the ride after Saturday night’s accident in which a boat carrying six members of a family flipped over.

Michael Jaramillo died Sunday from his injuries, and ABC’s “Good Morning America” reported Tuesday that one of his brothers remains hospitalized in a medically induced coma.