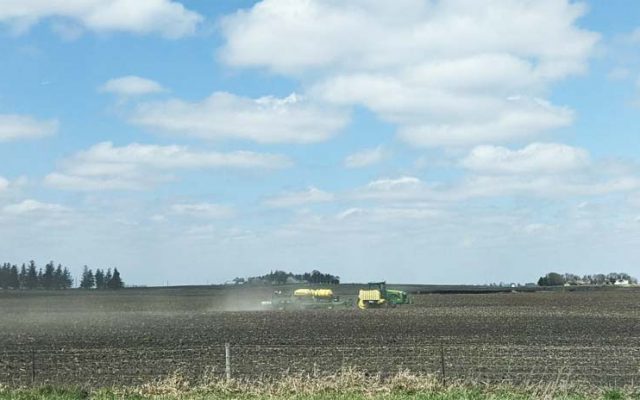 DES MOINES — Wet weather slowed planting last week — while the corn and soybeans already in the ground are emerging.

The weekly U.S.D.A. crop report says there were only two-point-four days suitable for fieldwork during the week. Just three percent of the corn was planted last week and it is now 97% complete. That is two weeks ahead of the five-year average. Three-quarters of the corn has now emerged.

The report shows 89% of the soybean crop has been planted — an increase of 6% during the last week. The overall soybean planting is 15 days ahead of average.

More than half of the soybeans planted have emerged statewide.