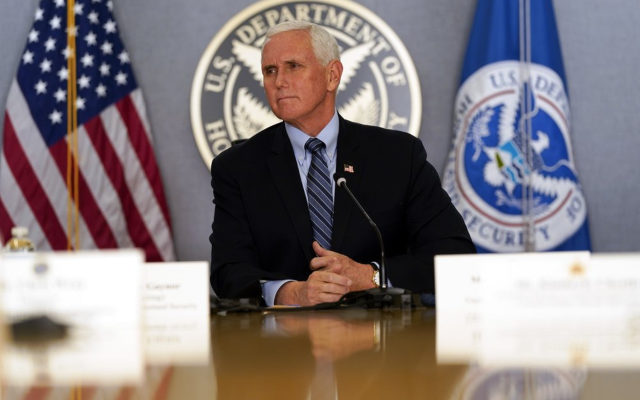 Pence, who was at the Iowa State Fair Friday afternoon with Senator Chuck Grassley, says the Republican Party stands for law and order.

Senator Grassley has said there’s evidence of political bias in the F-B-I. Grassley and Pence support release of more information to explain why it was necessary to conduct a court-ordered search of a former president’s home.