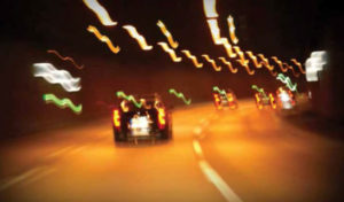 DES MOINES — A new study finds more than 45% of seriously injured drivers in Iowa had at least one drug in their system.

Tim Brown is the director of Drugged Driving Research at the National Advanced Driving Simulator at the University of Iowa. Brown says the study will help better direct messaging to prevent people from driving impaired, but it shows all drivers should be aware of other motorists around them.

“Your best bet is to be defensive and be aware of what else is going on,” Brown says. “If you see a vehicle that’s behaving oddly, you want to give it space and you don’t want to be in that zone around it if something bad happens.” The top drugs found in Iowa drivers were alcohol and cannabinoids — from products that come from cannabis plants.

Brown says one alarming trend revealed in the study was the increase in prescription drugs found. “Many, many medications out there do great things for treating disease states,” Brown says, “but they’re not safe to drive with and I think people just forget that.” The study by the National Highway Traffic Safety Administration screened people involved in traffic crashes for drugs at seven Level One trauma centers nationally, including the University of Iowa Hospitals and Clinics. It tested seriously injured drivers for drugs from August 2020 to July 2021.