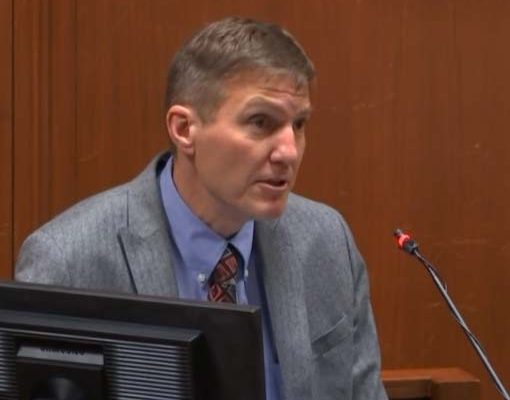 DAVENPORT — The state medical examiner who conducted the autopsy on the body of Mollie Tibbetts testified Monday afternoon in the murder trial of Cristhian Rivera.

Medical Examiner Dennis Klein says Tibbetts’ body had deteriorated in the July heat — but he was able to find nine stab wounds — and there were possibly 12 overall wounds to her body. Defense attorney, Chad Frese, asked if Klein determined one knife was used.

Klein said he could also not say if the killer was standing over Tibbetts. Investigators say Rivera killed Tibbetts after following the University of Iowa student while she ran in her hometown of Brooklyn, and then put her in his trunk before taking the body to a cornfield. Frese asked what other information Klein found from the autopsy.

“Can you tell anything from these wounds the size of the assailant?,” Frese asked. Klein said “no”. Frese also asked if the attack on Tibbetts appeared to be frenzied, and Klein said he could not determine that from the wounds — he could only tell the location and number of wounds. Frese also asked about wounds to Tibbett’s neck that would have severed arteries and veins.

Investigators had said they found a small amount of blood in the trunk the Rivera’s car which matched Tibetts’ blood. The prosecutor followed up with Klein — and asked him if blood from the killing could have been on the ground and deteriorated. “I think after rain and decomposition, it could be not be visibly apparent to the eye,” Klein says. The prosecution rested their case, and the judge denied a motion by the defense to dismiss the case.