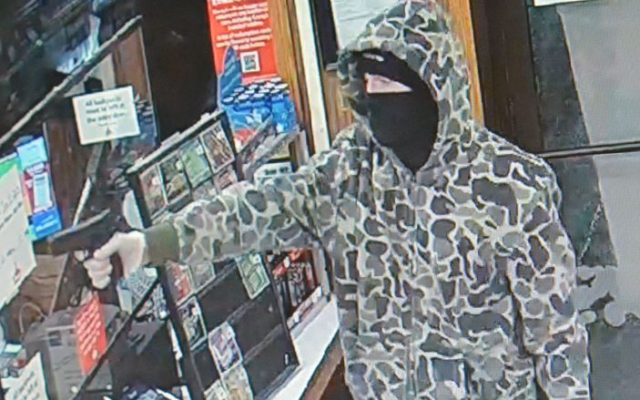 MASON CITY — Police are continuing their investigation of a convenience store robbery in Mason City on Tuesday night.

The Mason City Police Department says they responded to the Casey’s at 814 North Federal at 9:39 PM on the report of an armed robbery that had just occurred.

The suspect pointed a handgun at employees and demanded money. Nobody was injured in the incident.

Police say the suspect is a white male who was wearing a hooded camouflage zip-up hoodie, black mask and dark colored pants.

Anyone with information about the robbery is asked to contact the Mason City Police Department at 641-421-3636.