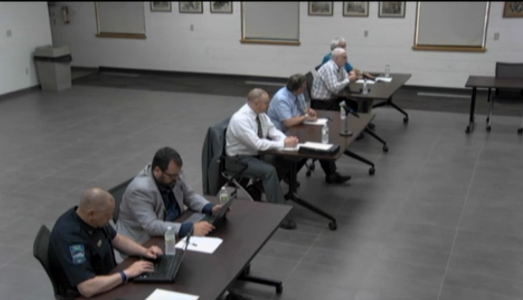 The CORL program started in 2016 to provide forgivable loans up to $30,000 for building renovation projects along North and South Federal Avenues as well as the one-way portions of State Highway 122 between South Monroe and Pennsylvania Avenues, with the downtown program being added in 2017 after the success of the corridor program.

At the outset of the program, excess Tax Increment Financing revenues funded the loans and most applications were approved, but with the Downtown Reinvestment Urban Renewal Area being carved out of the larger urban renewal area, the base year of tax increment was set and funds for the DORL projects became restricted.

Community Services Director Steven Van Steenhuyse says a scoring system has been established to evaluate applications and approve those that provide the greatest public benefit.   “What we’re proposing is that we have an open application period in the month of July, after which we the staff will evaluate them to see that they meet the minimum point threshold. For the CORL program, the maximum number of points you can earn is 75, and for the DORL it’s 95. The reason the DORL has more is because the DORL allows for the loans to be used for residential units, where that’s not allowed in the CORL program because of the difference in the TIF districts.”

Van Steenhuyse says he expects the programs to continue to be popular.  “I kind of expect a run of applications during that first period. It’s very possible that all of them are worthy enough projects that we do expend all of the funds right away. If we don’t, the plan is that after the first of the calendar year, we would begin basically a rolling application period, we’ll take them one by one as they come in and score them individually. If it turns out that at the first of the year all of a sudden we have a high interest, then we’ll probably create another dedicated application period so that we can evaluate all of them against one another.”